HISTORY, n. An account mostly false, of events mostly unimportant, which are brought about by rulers mostly knaves, and soldiers mostly fools.

A Coastal Motor Cruise is not necessarily what you first think of when you hear the expression. You could be forgiven for assuming that it’s a four (or two) wheeled drive along a winding coastal road, and in most cases you’d probably be right. But in Waterfront Charters world it’s something else entirely: it’s a leisurely cruise out on the Atlantic, along the areas where the four wheeled and two wheeled land-based cruisers are all staring jealously. The ‘motor’ part in our descriptive is pretty straightforward too: the vessels we use for this idyllic journey are our motor powered boats, as opposed to our brace of sailing yachts. No secret to this choice; it’s simply because Cape Town’s capricious winds sometimes mitigate against a sailing boat scudding offshore. Tacking to and fro to reach Green Point Lighthouse is fun if that’s what you have set out to do in a southeasterly breeze; when your aim is to take in the sights it’s somewhat counterproductive.

And Green Point Lighthouse is our aiming point, with all the sights in-between. We launch from the V&A Waterfront and head from Quay 5 out of the iconic V&A docks and around the mole into the gentle Atlantic swells. Ahead of you is a full hour’s cruising along this historic shoreline, and with a little imagination it’s not hard to immerse yourself in that history. Put yourself six hundred years ago in the boats of the earliest Portuguese explorers and you can see a coastline bare of all signs of habitation; just rolling waves, ominous looking rocks and a looming mountain range. Hugging the shore in your creaky, leaky wooden caravel (not much bigger than the motor powered boat you are currently safely ensconced on) you wonder how you are going to round the  Cabo das Tormentas, or Cape of Storms as your predecessor Bartolomeu Dias had named Cape Point.

Perhaps you will put yourself aboard one of Van Riebeeck’s ships, the Drommedaris or Goede Hoop in April 1652, as one of the 82 men and 8 women who accompanied him to set up the victualling station for ships of the Vereenigde Oost-Indische Compagnie (VOC) or Dutch East India Company. South Africa’s history has been a complicated one since that fateful time, but for now you are time travelling, not philosophising. Here’s an interesting aside: us South Africans of a certain age will remember the banknotes that theoretically featured Jan van Riebeeck’s portrait. It wasn’t – it was a painting of one Bartholomeus Vermuyden. We aren’t sure which genius made that error, but it was never rectified.

This part of the coast line has remained mostly unchanged since Van Riebeeck’s time – unlike the Foreshore, which of course has been radically altered with reclamation and the building of the deep water harbour. Behind the shoreline is a different matter. The Green Point, Mouille Point and Sea Point areas were – and are –  all prime residential property, and over the years the estates of the rich have been bought out and high-rise buildings cram the shoreline and stretch up the slopes of Signal Hill.

It goes without saying that war has been a factor in all countries histories, and the Fairest Cape is no exception. There are the remnants of old gun batteries just behind the rocks, and these are testament to the days when trading with the East was only possible by sailing around the Cape. He who held the land ruled the seaways that passed that land. The Dutch and the British (ignoring local inhabitants, as was the normal way during the era of colonisation) fought it out for supremacy, and Table Bay and its shorelines were constantly visited by varying fleets of warships. The coast line you are now viewing escaped conflict, however, with battles being fought in Muizenburg and Blaauwberg. The batteries of guns on the coastline were probably enough reason for commanders to look elsewhere for landing places.

Subsequent wars have also seen much activity in the waters off Green Point. The American Civil War saw a visit from the Confederate raider Alabama, and during both World Wars allied ships used Cape Town and Simon’s Town harbours as safe havens, As a result the Germans in their U-boats were not too far off either, sinking numerous vessels in the Cape waters. Not such a safe haven. The last wars that affected us were the Arab-Israeli wars in 1967 and 1973, far away conflicts that closed the Suez canal. This proved to be a boon for Cape Town as ships had to ply their way around Southern Africa between east and west. For a while Table Bay looked like the heydays of the 18th and 19th centuries, with vessels aplenty moored in the bay to take on victuals.

The garish colours of the historic Green Point Lighthouse (see an earlier blog for more info) mark the turning spot in your coastal cruise, and you can choose to look out to sea and Robben Island on the way back, or just partake of the chilled refreshments available aboard in the fully stocked bar area. Doing nothing was never more fun!

Bookings online or at our office: Shop 5 Quay 5 in the V&A Waterfront. Join us aboard a ‘motor boat’ for one of Waterfront Charters most popular cruises. 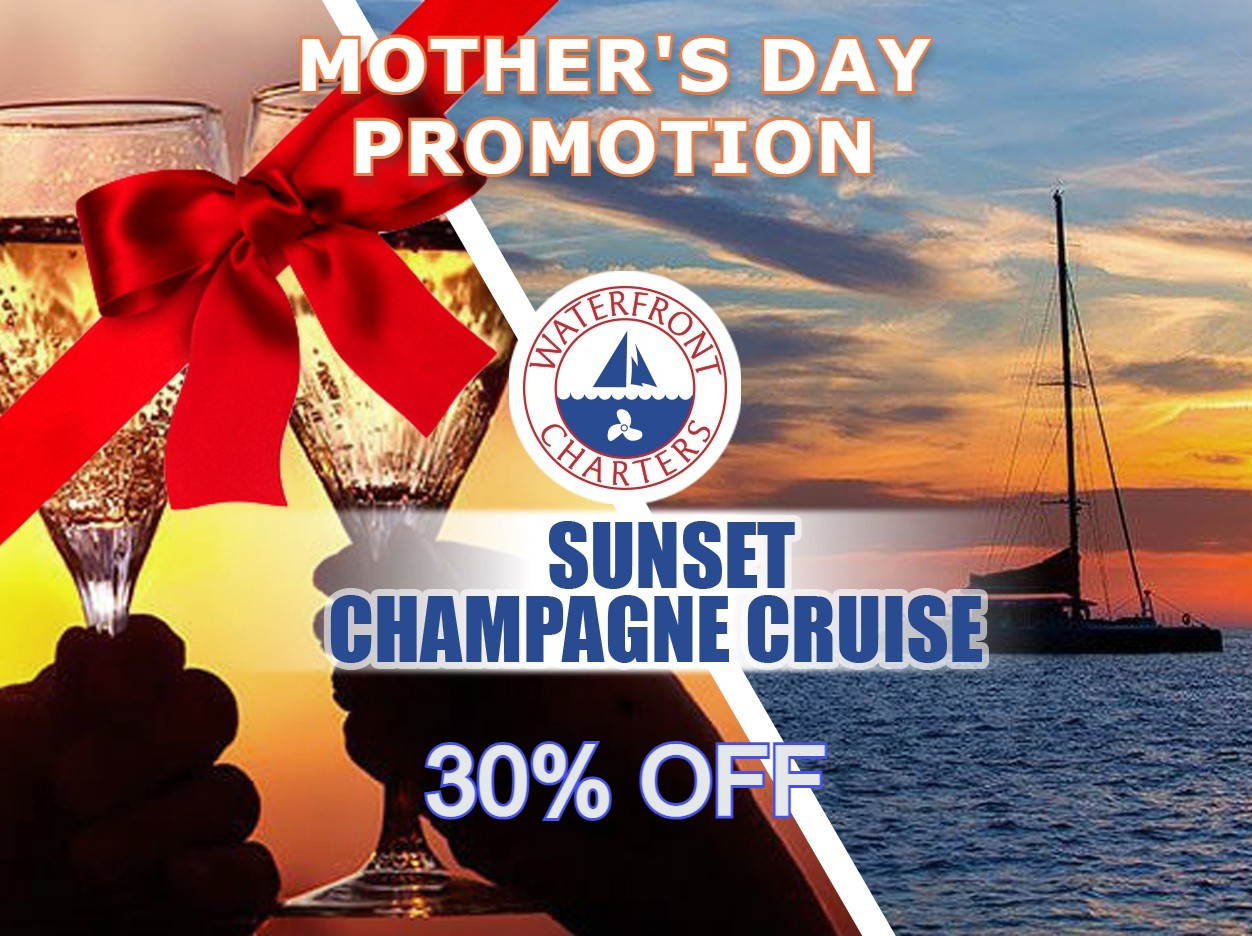