JUMP DOWN TO THE ARTICLE

A Walk Backwards in Time

‘Sitting' in the mornin' sun,
I'll be sittin' when the evenin' comes.
Watchin' the ships roll in;
And I watch 'em roll away again.’

Waterfront Charters has been a proud part of the current V&A Waterfront development virtually since its inception. We have been offering cruises for well over a quarter of a century, and our iconic vessels have been occupying berths in the famous docks and showing guests the harbour and coastline since the early 1990’s. We haven’t counted the passengers that have strode aboard our decks, which is a pity, but we are happy in the knowledge that we have put a sparkle in the eye of thousands of visitors who have enjoyed our varied excursions. Naturally, over time we have expanded our fleet, and now at Waterfront Charters we have seven boats under our command (in nautical parlance), and these range from our sturdy long-term twin-decked Southern Cross through powerful speed boats and a sailing schooner to our clutch of three luxury catamarans. A hull (or two) for every guest’s needs and delight.

The V&A Waterfront is the perfect place for us to operate. Being part of its history, we also recognise that we – like most of the development along the quaysides – are new in terms of the true history of the old harbour. We have immersed ourselves in the background of the V&A, and it is a truly fascinating place; a combination of geological, historical and anthropological wonders that continue to evolve with every passing year. From a practical harbour (of sorts) to a military base that changed hands regularly without seeing a shot fired in anger; an ill-chosen refuge originally, subject to the full force of the Cape’s notorious winds, it was slowly developed into a safe harbour for the forest of masts that rose above the tall ships that sought refuge to unload cargo and revictual for ongoing journeys; ending up in the 21st century as one of the planet’s most visited cultural icons.

The first wooden jetty was built in 1654 by Jan Van Riebeeck, although that spot in front of the Castle has long been covered over by the reclaimed areas that are now the Cape Town foreshore and the commercial docks. No ship could get close to shore without beaching, so the crews and cargos were transferred to and fro by smaller rowed boats. As mentioned earlier, the storms that beset the fledgling city, particularly the winter northwest gales, were treacherous; many, many wooden hulls were driven on to the sands and wrecked over the following two centuries. A proper shelter had to be built, and in 1860 a young midshipman, one HRH Prince Alfred, Queen Victoria’s second son, tipped the first load of rocks into the Atlantic, setting the building of the long-awaited breakwater in motion. This saga is in itself worthy of investigation, bringing to light Breakwater prisoners and treadmills… all the drama and morals of the Victorian era tied up in that breakwater, completed in 1870, that to this day protects the V&A Waterfront.

But there is so much more. Over three hundred years of history - not to mention the complex cultural background of the original inhabitants of the Cape - makes for a fascinating learning experience, and Waterfront Charters believe that the best way to get the true sense and feel of those bygone times is to walk the paths of our ancestors. To this end we highly recommend that visitors, tourists and locals alike, take advantage of the V&A Waterfront Historical Walking Tour. Offered as a service by the Chavonnes Battery Museum, this one and a half hour guided stroll is the perfect way to interact with history. In their words: “Discover the history of the V&A Waterfront with this guided walking tour in Cape Town. Learn how the various colonial cultures in the city's past – Dutch, Flemish and British – mixed with existing cultures, slaves and travellers from afar to create the unique South African city.” With a knowledgeable guide on hand to lead and elucidate, this walk cannot be too highly recommended.

FULL DETAILS FOR THE WALKING TOUR 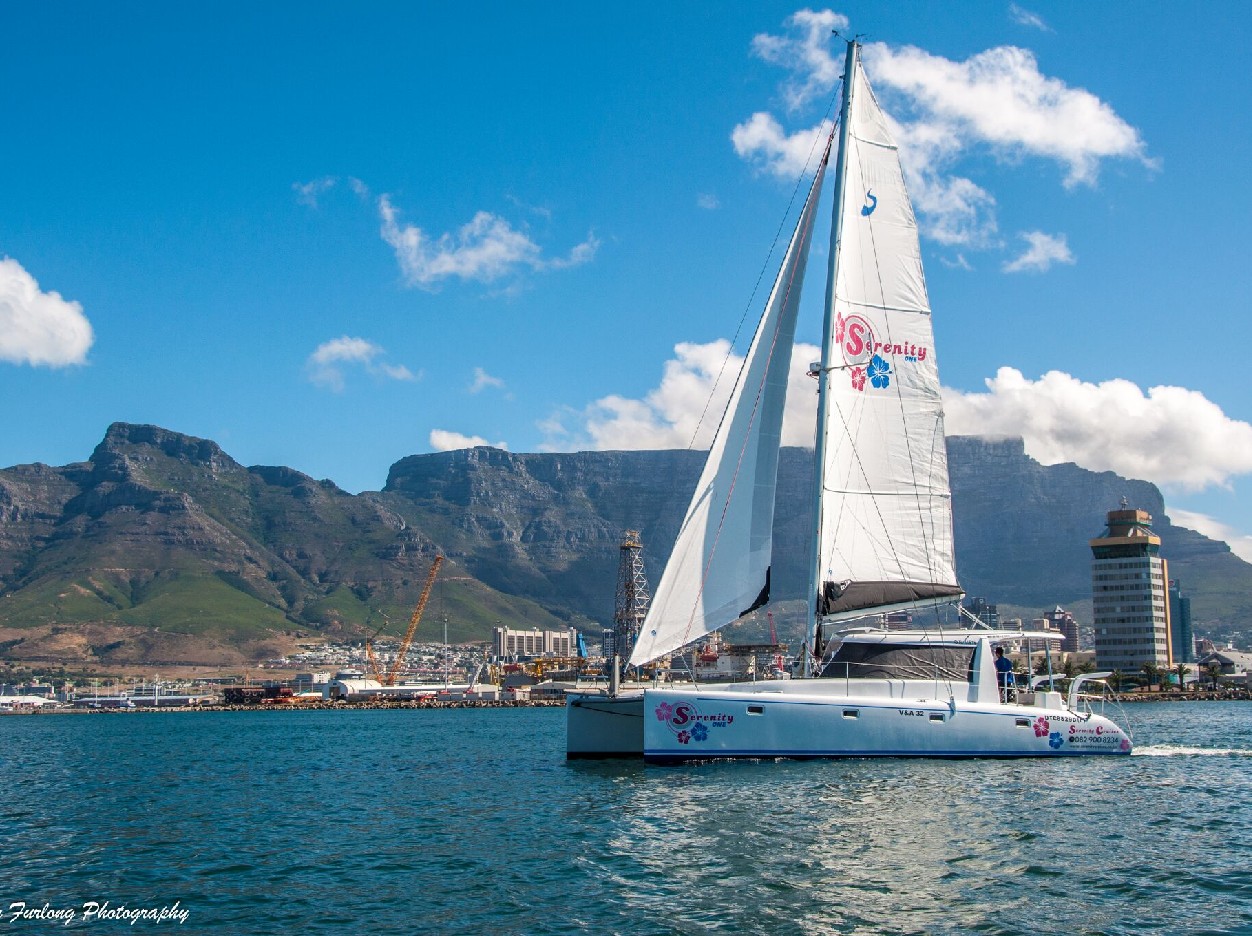 Waterfront Charters offer the perfect complement to this guided walk: any of our great cruises are the ideal way to round off the activity. Although the walk isn’t strenuous, you’ll want to take a load off after taking in all the sights; what better place than aboard a luxury yacht, sipping an ice-cold beverage as you gaze at the sights from the perspective of an early sailor? With Table Mountain overlooking everything, as it has done for millions of years, your imagination can take you to any time you choose. Whether it’s a Harbour Tour, a Coastal Cruise, a Sunset experience or Sailing in the Bay, you’ll be completely caught up in the magic of an incredible part of an amazing city.

SEE ALL OUR CRUISES!

SIGNUP TO GET NOTIFIED OF UPCOMING EVENTS & PROMOTIONS