“The dinosaurs are not extinct. The colourful and successful diversity of the living birds is a continuing expression of basic dinosaur biology.”

The 19th of June is World Albatross Day, and a little closer to the time we will reprise some of our earlier writings about these amazing birds. These magnificent creatures certainly bear deeper scrutiny, and we will focus on some astounding facts to mark the day. In the interim, let’s take a closer look at one of the more common birds that grace our shores – the cormorant. They are ubiquitous in South African coastal areas – in fact just about everywhere on earth except, oddly, the Pacific islands. But familiarity should not breed ignorance: they are incredible creatures with some amazing attributes. At Waterfront Charters we have often been privileged to help SANCCOB release rehabilitated cormorants, and it is always a joy to see these birds savouring the freedom of the ocean again. As far as the name goes, ‘Cormorant’ is a contraction derived from Latin corvus marinus, ‘sea raven’: for many years our ancestors believed cormorants to be exactly that – the seagoing version of the ravens they knew so well.

One of the most common sights along South African shorelines are cormorants perched on rocks, their wings spread wide to dry. This sight has inspired many artists over the years, and in fact a cormorant with its wings akimbo was the hood ornament of the Packard motor vehicles from their founding in 1899 to their demise in 1958. (More on cormorants in folklore later.) They nest in large colonies, and are shore birds rather than oceanic birds like the albatross. On the False Bay coastline they can often be seen in great clouds as they fly from one roosting spot to another across the bay. The Cape cormorant in particular indulges in an activity known as ‘trekking’ when they fly in long lines just above the surface of the ocean. Those lines are vertical versions of cycling pelotons: anyone who watches cycle races will immediately spot the resemblance as the line of birds rises and dips, like a line of riders endeavouring to keep in the slipstream. The Afrikaans name for the Cape cormorant is ‘Trekduiker’ which describes them perfectly. They certainly don’t seem to be a threatened species judging by the numbers that make up the colonies, but given the human race’s ability to denude feeding grounds and harvest fish for our own consumption, that fact is not guaranteed.

Cormorants are divers. Sometimes those flocks of dark-feathered birds can be seen on and above the ocean, feeding on a passing shoal of sardines or other smaller fish: the sea froths with the repeated attacks as the streamlined birds tilt over like WW2 Stukas and power down through the surface. They pay for this diving ability in other respects; having a shorter wingspan to enable clean diving and mobility under water means that cormorants have the highest flight costs of any birds: the ratio of effort to distance is in complete contrast to the oceanic birds that can drift for hours – days even – with no effort. But like their flightless cousins, the penguins, it’s when they hit the water that they come into their own. They have the ability to dive to a depth of 45 metres: any of you who are scuba divers will know that this is deep indeed, especially considering that they are creatures of the air. Using those shortened wings and webbed toes they are supremely nimble under water, and once they lock onto their prey it would take a brave punter to bet on the fish.

Cormorants, as a species, are also very old. They date back as far as the time of the dinosaurs; the oldest known bird on record, the aquatic Gansus has an almost identical bone structure, and fossils of Gansus yumenensis have been dated back to the Early Cretaceous period, around 120 million years ago. Us humans weren’t even in the planning stages then, so cormorants can rightfully be considered to be a wise old species. It’s no surprise that their closest living relatives are gannets (with who they often share living spaces), boobies and darters, all shore based species. Any one who has a strong constitution can visit Lambert’s Bay up the West Coast to see a prime example of this cohabitation. There is a bird-watching platform near the harbour next to extremely large, noisy and active flocks of gannets and cormorants. I mention the need for a strong constitution for those who may be offended by the smell: it can only be described as fishy and powerful. Extremely powerful, and has been known to knock strong men over when the wind shifts unexpectedly and blows the aroma towards unsuspecting victims.

Of course, when humans did eventually evolve and rise to the surface of the food chain, the cormorants gifts were soon utilised. Archaeological evidence suggests that cormorant fishing was practiced in Ancient Egypt, Peru, Korea and India, and it continues to this day in China and Japan – up to commercial level. A snare is tied around the throat of a tamed bird which prevents it from swallowing fish larger than a certain size. It returns to the surface and the fisherman retrieves the fish. It’s hard to condone this sort of fishing, but it is traditional in some cultures and dates back over 1300 years, according to evidence.

Culturally, cormorants have a mixed reputation. In heraldry they are represented in their wing drying pose, and this can signify the Christian Cross. John Milton, however, in Paradise Lost, sees the cormorant as representing greed: perched above the Tree of Life, Satan took the form of a cormorant to spy on Adam and Eve. We told you they were an ancient species! In Scandinavia they are seen as a good omen, and are often written of as the souls of drowned sailors visiting their grieving relatives.

What we know of cormorants, we love. They are an enduring part of the Waterfront Charters world, and we treasure the times we see them, whether it is trekking, diving or drying their wings. As soon as lockdown lifts we will be back out there, saluting these old creatures of the air, land and sea. Join us! 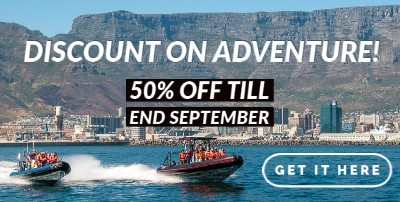