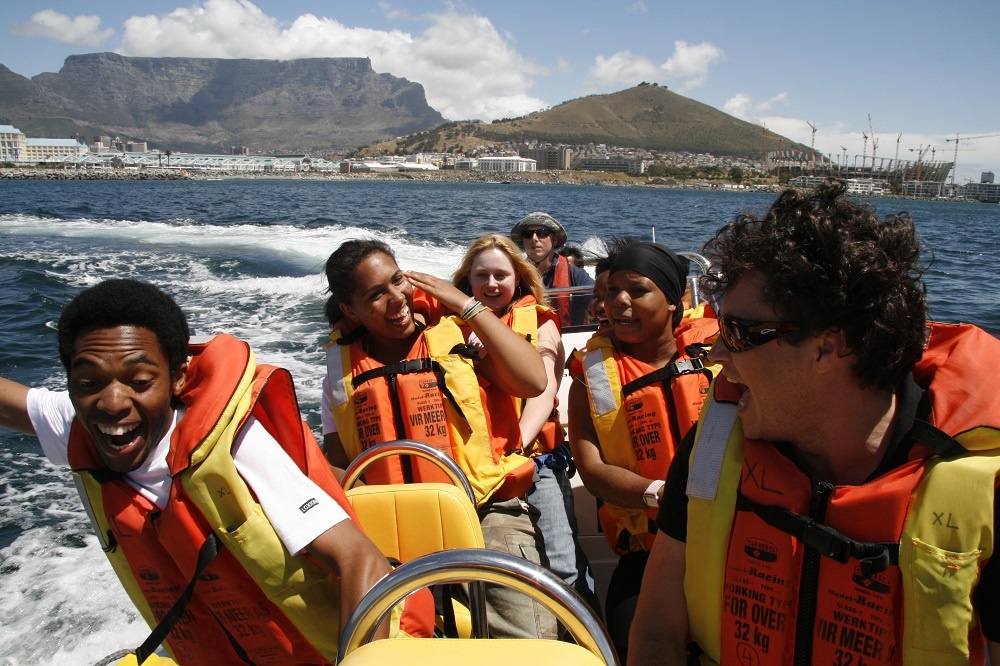 ‘Rigid-hulled Inflatable Boats’ may seem like a contradiction in terms. But they are exactly that; lightweight but high-performance and high-capacity boats.

Before we begin, there are a few definitions that need to be addressed.

Firstly, a ‘knot’. We aren’t talking about reefs, grannies or hitches here; we are talking speed. A knot is one nautical mile per hour, which is exactly 1.852 kilometres per hour. Knots came about in the sailing days when measuring the speed at sea was a little less – how can we put this? – technical. A log, known as a chipboard, was tossed overboard and tied to that log was a rope with – yes – knots in it. These knots were 14.4018 metres apart (don’t ask) and as the boat streamed away from the floating log a crew member counted them while his mate timed him using a thirty-second sand-glass. These days we’d call it an egg-timer. Then they’d take the calculations to the navigator who knew that 14.40 m per 28 seconds was one knot and he’d go mad trying to figure it all out on ten fingers and drink the rum ration instead. Somehow this strange set of measurements stuck around in navies and remain the standard today.

Then we need to talk about RIBS. Not the bony donation that Adam offered up to create Eve – our RIBS are Rigid-hulled Inflatable Boats, which may seem like a contradiction in terms. But they are exactly that: ‘lightweight but high-performance and high-capacity boats constructed with a solid, shaped hull and flexible tubes at the gunwale’. Superb for military work, as lifeboats and as high-speed racing vessels, they are more fun than a barrel of seals.

Finally: adrenaline. A hormone that plays an important role in the fight-or-flight response by increasing blood flow to muscles, output of the heart, pupil dilation response, and blood sugar level. In other words, adrenaline really gets you going. In this day and age, unless you are a cage-fighter, F1 driver or road rage sufferer, you don’t have to fight or fly: so we use most of our adrenaline for good old fashioned fun. Or excitement, thrill-seeking exercise – "the pursuit of novel and intense experiences” to quote an expert.

Put the above three together and what do you get? A Waterfront Charters 40 knot experience, that’s what. We have two RIBS that lie menacingly at their moorings: Jet Boat 1 (not actually a jet boat, but she travels like one), and the delightfully named Spectre. These low-slung beauties are both powered by twin outboard motors, each producing 200 hp at the screws. That’s a lot of horses for a lightweight hull, believe us. Capable of carrying up to 12 passengers and a pilot, that’s about 30 horses per person. Which is where the adrenaline comes in. Those 40 knots, if our ancient navigator had a calculator, translates into 75 kph - in a boat, sitting just above the water, trust us, that’s fast. Your experienced pilot will carve the Atlantic for your enjoyment too: 30 minutes of pure fun.

RIBS, knots and adrenaline. The 21st Century way of generating extreme thrills. And yes, it’s very safe. We follow the rules in every sense, so whilst your heart will race, your brain will know that you will arrive back at shore in one piece, with a grin from ear to ear and an earnest desire to do it again, and soon.

But spare a thought for our crew member of old: drop him into a RIB, hit the ‘go fast’ lever and he has those knots streaming through his fingers at around 80 per minute while his mate had hysterics trying to keep pace with his egg-timer. Ah, the joys of modern-day technology.