Our sun is very special, but it’s not unique. Consider this: Sol is one of at least a hundred billion stars in our galaxy, the Milky Way. The Milky Way is one of (at the very least) five hundred billion galaxies in the known universe, each with billions of stars. That’s a whole lot of suns. 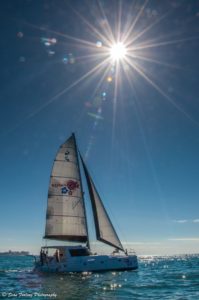 And yet…our Sun is the flaming ball of plasma that is the source of all life on our planet Earth, and so we are eternally indebted to its presence. It may be one of thousands of billions, but it’s ours and it’s beautiful. At the moment, with a heatwave baking the Western Cape, its presence is very strong, but that’s due more to local conditions than fluctuations in our Sun: it is pretty consistent, fusing 600 million tons of hydrogen into helium every second. This means that four million tons of matter is converted into energy every second; this energy can take up to 170 000 years to reach the surface of the sun. The total solar energy absorbed by the Earth's atmosphere, oceans and land masses is approximately 3,850,000 exajoules Exa-joulesThe exajoule (EJ) is equal to one quintillion (1018) joules.per year – in numbers we can understand this means the Sun gives us more energy per hour than the entire planet uses in a year. Solar power anybody?

At that rate of conversion, you’d expect the sun to be a swift flash in the celestial pan, but don’t worry: it’s already over five billion years old, and it is only just reaching its halfway point in terms of longevity. No need to start collecting firewood for permanent night just yet: that’s some fireball, that sun.

So, is it any wonder that Waterfront Charters most popular trip is our Sunset Champagne Cruise? Ignoring all the scientific and astronomical aspects, lounging aboard a luxurious catamaran, chilled glass of champagne at hand and watching the red orb settle neatly over the Atlantic horizon is pure romance. And that’s what our sunset cruises are all about: when moored offshore on a beautiful boat in a gentle swell, the last rays painting the sea, sky and mountains with a palette of subtle colours, thoughts don’t turn to kilojoules and hydrogen fusion. It’s the magic of the ocean, the Cape Peninsula, and pleasant company that relaxes all aboard. It’s an hour or so of pure bliss, and we never tire of sharing its joy.

So, believe us, you haven’t lived until you’ve experienced a Waterfront Charters Sunset Champagne Cruise – put it on your to-do list and find out just why that big ball of gas 150 million kilometres away is so very special. 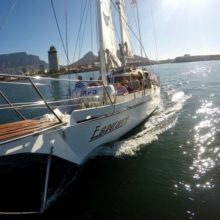 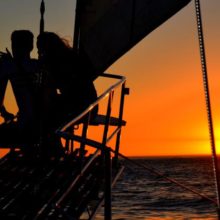 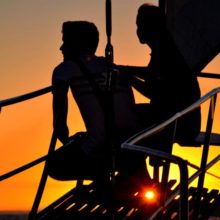 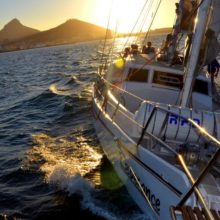 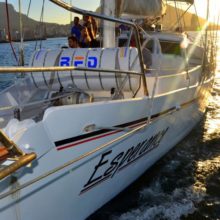 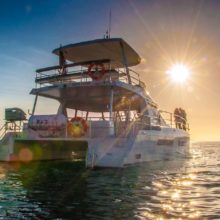 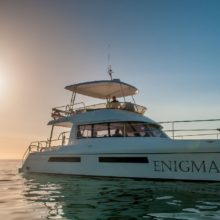 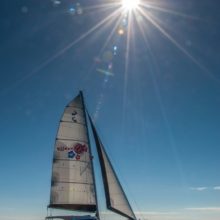